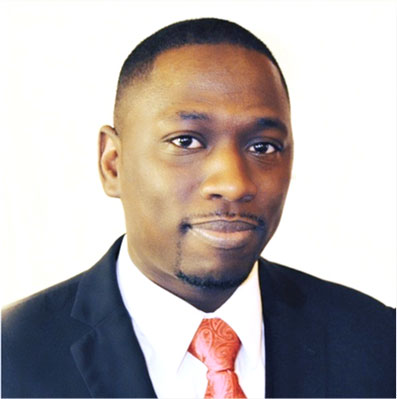 Rev. Nathaniel Wright was licensed to the ministry on December 8, 1996. Throughout the early portion of his religious career, Rev. Wright served on the Calvary Baptist Church Ministerial Staff as a youth minister. Reverend Wright was ordained to the Gospel Ministry on September 28, 2003 and in January 2004 he stepped into the role of Interim Pastor at Calvary. On December 11, 2005, Reverend Wright was installed as the Pastor of Calvary Baptist Church.

Today, Rev. Wright continues to serve Calvary with: faithfulness, dedication and the utmost commitment to the expansion of God’s kingdom. Additionally, Rev. Wright served from April, 2012 to December 2016 as first the overseer and later Pastor for the Friendship Baptist Church in Corning, New York.

Pastor Wright is a tremendous orator who is able to convey the truth of God’s word clearly, compellingly and effectively. His God-given ability to use the Bible to meet the needs of people from all walks of life is made evident by the multigenerational congregation over which he presides.

Pastor Wright firmly believes in a necessary link between the salvation Gospel, which comes only through Jesus Christ, and the social Gospel. Consequently, he maintains an active role in the Ithaca community by serving as a member of several organizations.

Rev. Wright is blessed to have a Spirit filled and gifted woman of God as a partner in ministry. He and the former Stephanie A. Simmons were married on April 26, 2003. They are knitted together to further the liberating Gospel of Jesus Christ. Rev. and Lady Wright received a precious gift, their son, Malachi Nathaniel Wright, on Wednesday, September 24, 2008.

Join Us In Worship